A directory for all information
on Ben Pearce’s collaboration with NFT Inc. for his latest sculpture series, #PaperPalsAotearoa.

While visitors are invited to interact with the animals and tag #paperpalsaotearoa when sharing photos across social media, people can also buy a Paper Pal of their own.

In collaboration with NFT Inc. (an NZ company helping businesses and creators unlock the power of NFTs) and specialist visualisation designer Rupert Enberg, Pearce has transformed the sculptures into a limited run of NFT art. The digital artwork is an experiential extension of the sculpture series, carefully crafted to be whimsically beautiful and of museum quality.

In preparing for this project, Hawke's Bay artist Ben Pearce questioned what the world needed. It was 2020 when he was creating the concept for submission toward the Wellington Sculpture Trust’s 4 Plinths Sculpture Award. After reflecting on the social climate as it was, he felt a light-hearted, playful approach would suit. His goal: to provoke nostalgia, inspire conversations around important global issues, and above all, make people smile.

Pearce won the award with his proposal for four origami-style animal sculptures, made of colourfully painted sheet steel, 2 metres in height. He chose a combination of animals from around the world and was careful not to select any obvious choices, such as Aotearoa’s kiwi bird. The final selection comprises a panda, monkey, pukeko, and dinosaur. Hoping to unite viewers, Pearce titled the project #PaperPalsAotearoa as a way of encouraging people to tag the project when sharing photos online.

The award granted Pearce $50,000 to create the sculptures for temporary exhibition on the four plinths between Wellington's waterfront and Te Papa Tongarewa (open from early 2022 to early 2024). This series marks the eighth commission of the award and is backed by the Collin Post Trust, who are new to supporting the biannual initiative.

When planning for the project’s construction, Pearce, who sold his first NFT artwork last year, was also interested in expanding #PaperPalsAotearoa into NFTs. “Only a small handful of artists in Aotearoa are currently transforming their work into NFTs. We are at the onset, so it's a special thing to be part of”, Pearce shared.

To execute the digital side of the project, Pearce collaborated with newly launched NFT Inc. (an NZ company helping businesses and creators unlock the power of NFTs) and specialist visualisation designer Rupert Enberg of ENBERGSTUDIO.

“One of the major advantages of creating an NFT is that it becomes a digital, tamper-proof certificate of authentication for the associated product, accessible through multiple uses of technology.”

“Essentially, owners of Ben’s digital artwork will be able to verify that it’s authentic. But let’s not forget, they’ll also have invested in some of Aotearoa’s earliest sculptural work turned into NFT art.”

To turn the sculptures into NFT art, Enberg transformed Pearce’s computerised models into 3D digital artwork. Pearce says, “While I wanted to create a digital version of each sculpture, I also wanted the art to become a more experiential extension of the physical work.

Enberg worked carefully to transform the computerised models into museum-quality digital artworks that appear profoundly realistic yet somewhat surreal. He comments: “We wanted to get away from the current low-fi NFT look. We aimed to create something complementary to Ben’s work, whimsically beautiful, and of museum quality.”

With each animal surrounded by a touch of nature and encased in a glass globe, there’s a certain whimsical beauty that viewers can sink into. Minds will no doubt drift to global issues. Though also, as Pearce and Enberg hope, people will appreciate the art’s calibre.

As an artist, Pearce’s work has long explored memory in reconciliation with childhood. #PaperPalsAotearoa is a continuation of this study, and, like his previous sculptures, the series combines forms common in childhood with darker elements. It’s an amalgamation that draws on our nostalgia for youth to capture interest and then inspires brooding over important topics.

When viewing the sculptures, or the digital artwork, you will notice each animal has a naughty stance typical of misfits. This disposition was intentional, a way of encouraging visitors to question why the animals have these emotions. People might turn to climate change for a reason, perhaps animal welfare, or extinction in the dinosaur sculpture’s case.

With many involved, this series was a collaborative effort. Ben concludes, “I hope the many partners involved with this project contribute to the greater theme of someone's art collection.”

The sculpture exhibition opened on February 16th 2022 and will remain open until early 2024. The first release of the NFT art became available to purchase on February 19th 2022, and the rest of the limited run will follow. 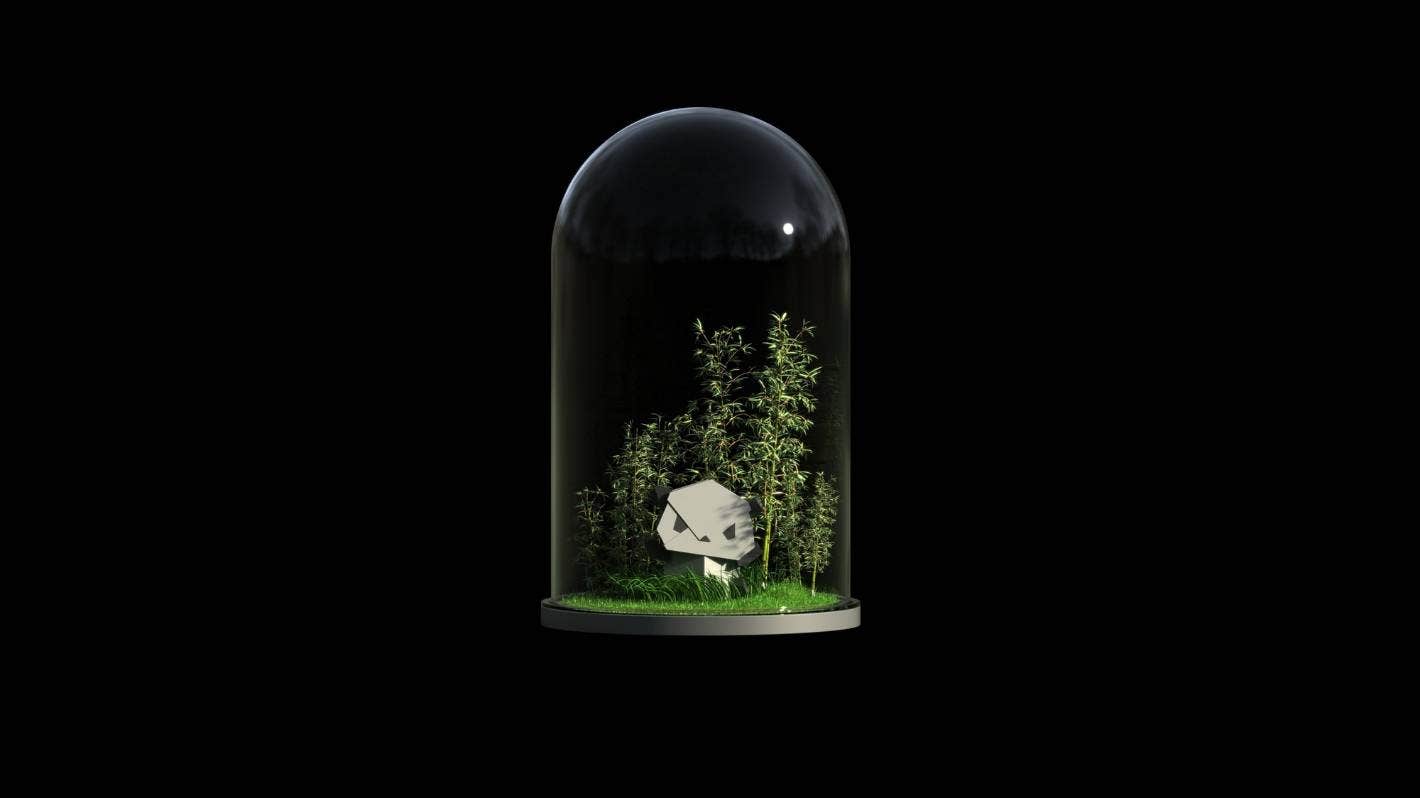 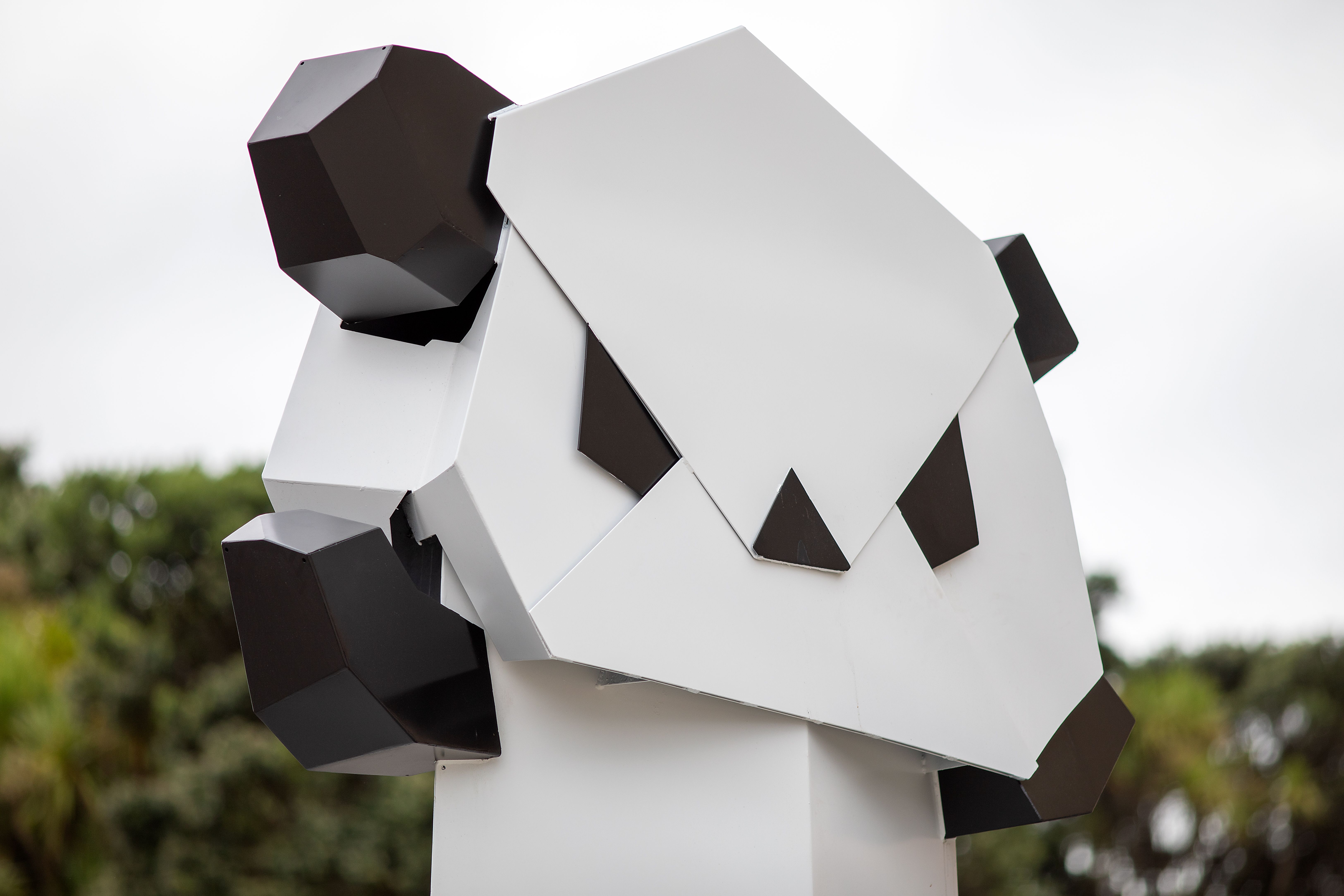 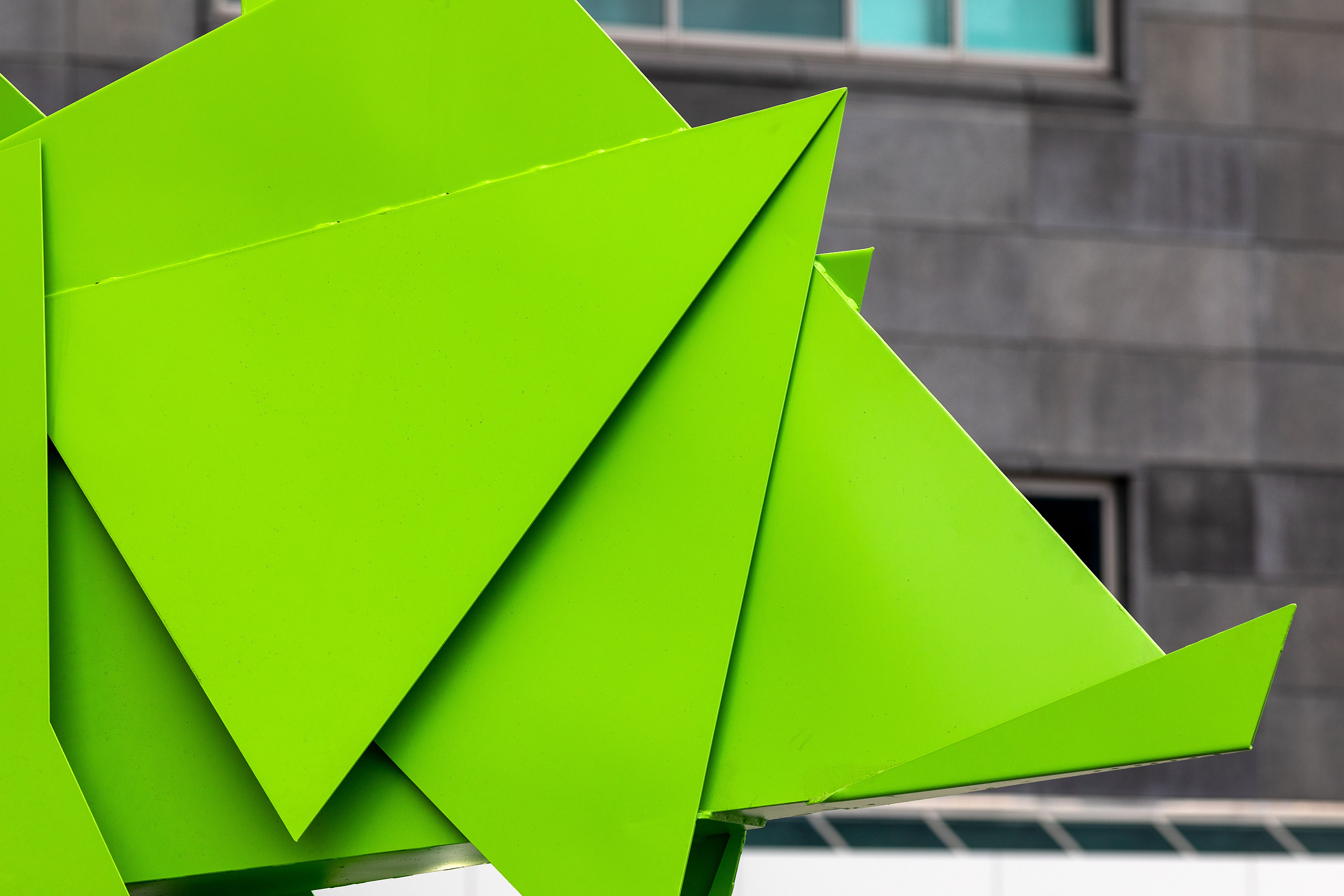 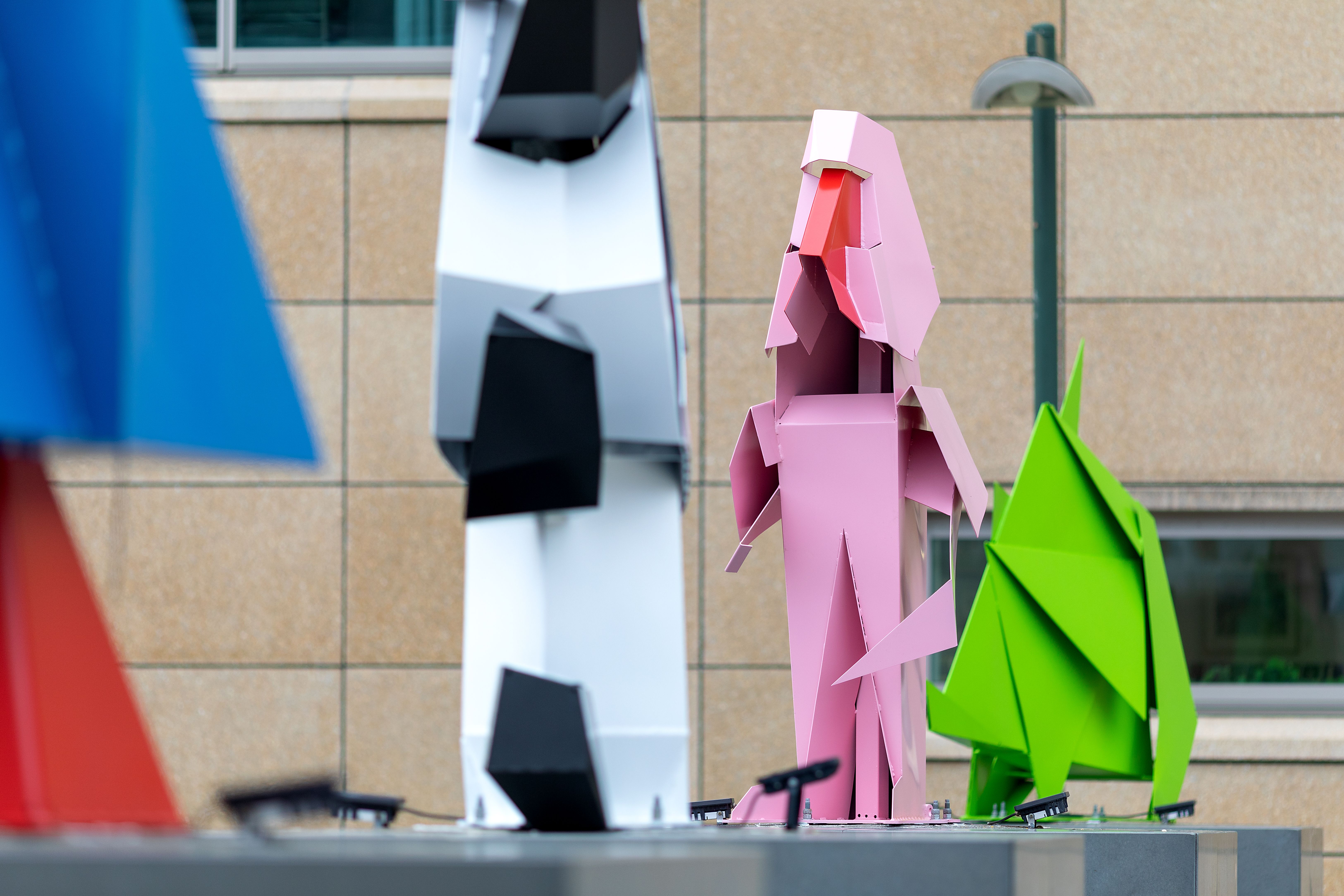 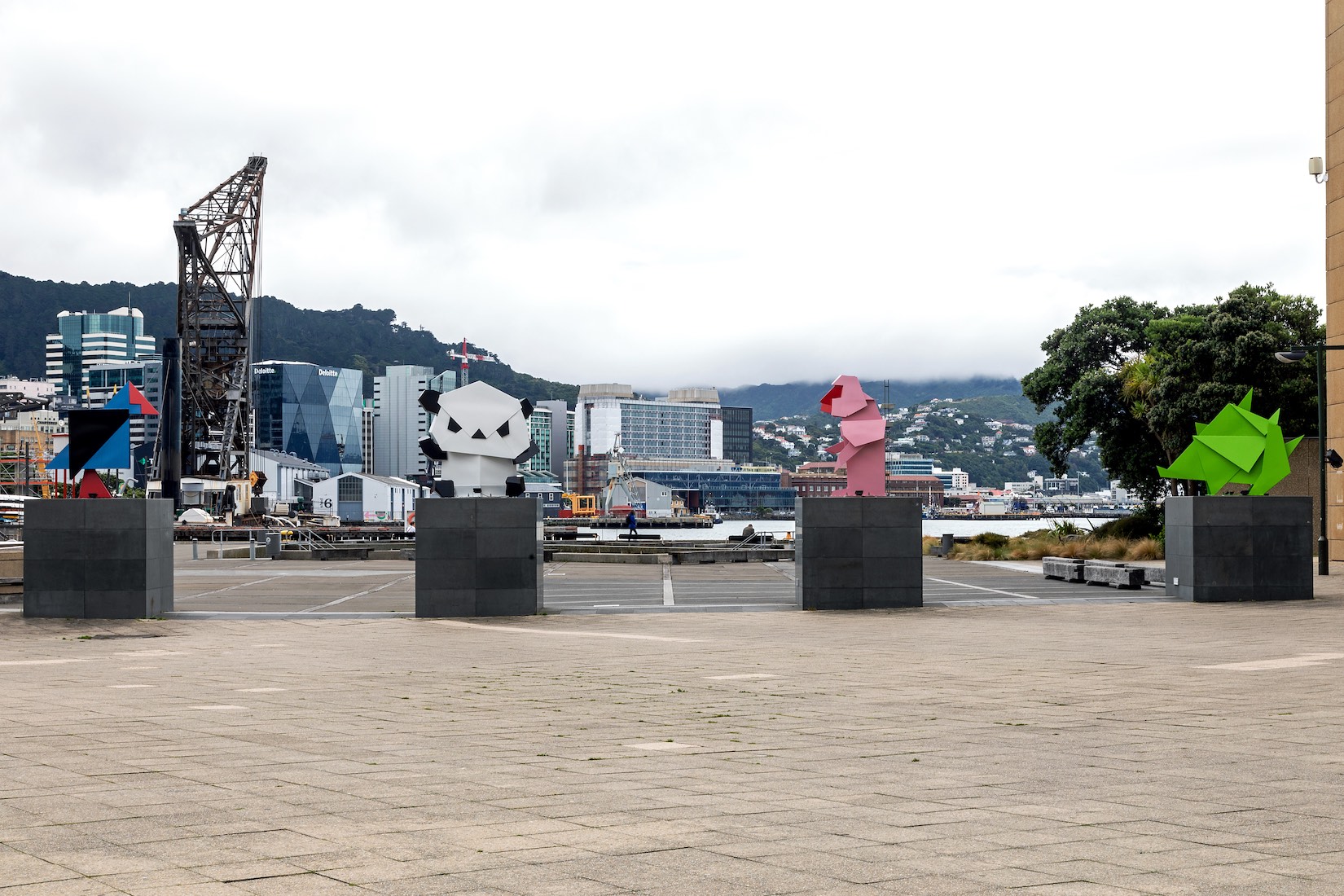 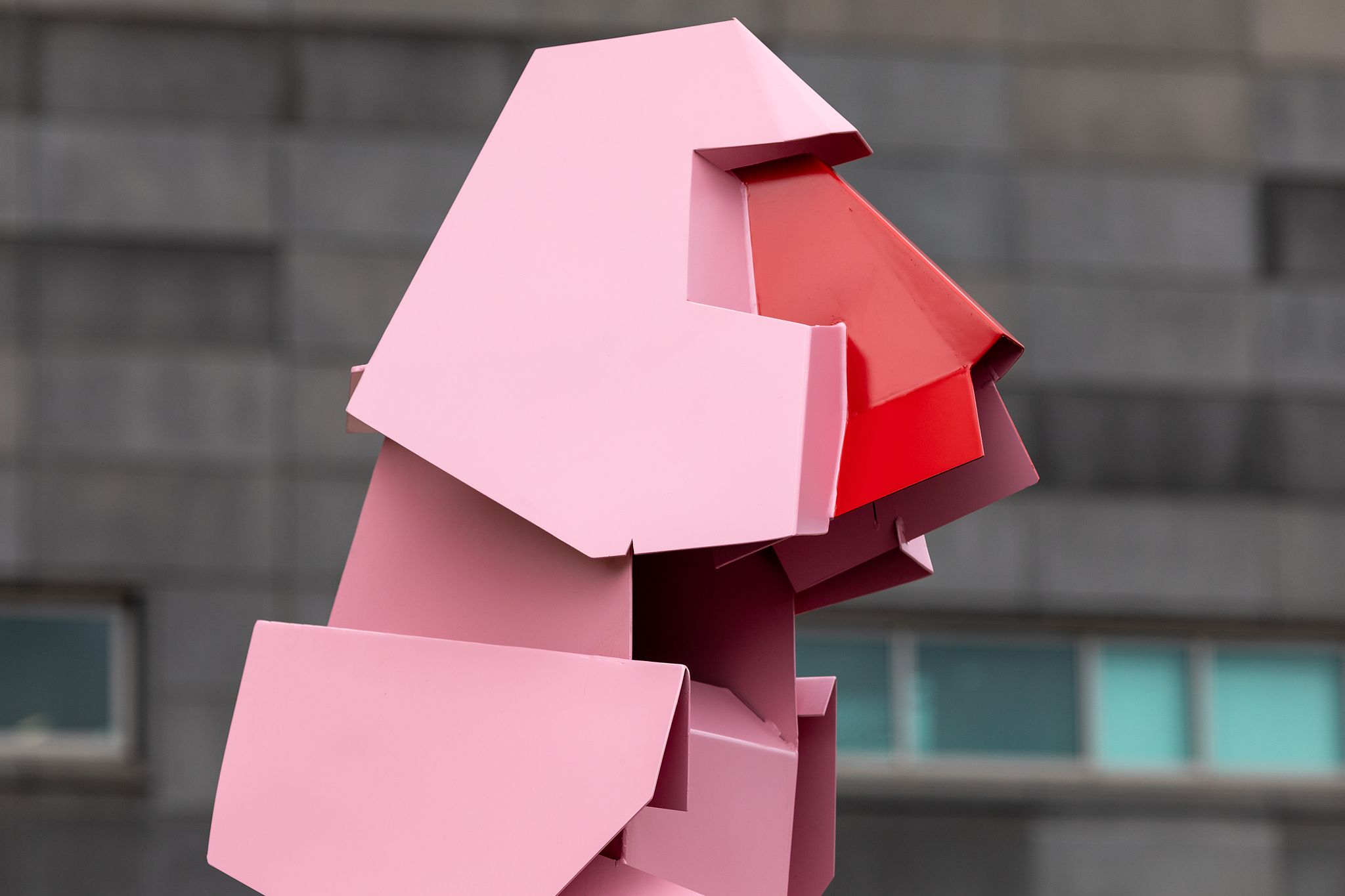 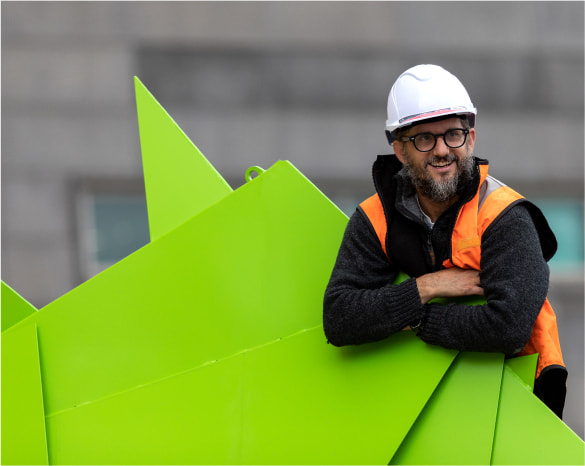